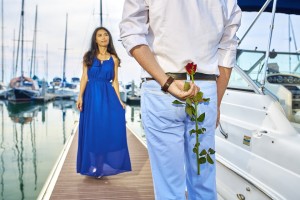 Q: When dating more than one person at a time, should you tell the other people or keep it to yourself until things become serious?

A: What a great question. I think in today’s dating scene it’s inherent that people are dating multiple partners. I think it’s expected and unspoken that people are dating multiple partners until the conversation of exclusivity arrives.
Now dating and sleeping together to me are two different subjects. I’m totally OK dating someone knowing they’re dating other people; but; I’m not personally OK sleeping with somebody knowing they’re sleeping with various people. My sexual health is very important to me and even though I practice safe sex with condoms, it still doesn’t allow me to surrender to the depth I desire for a sacred sexual communion, to know I am risking my sexual health and to know the depth of devotion of sexuality is being shared with other women beyond me.
Now that’s just me. I am not right or wrong, better or worse, this is just my truth. And frankly in my 20s my truth was different. I’m now in my mid to late 40s and this is what works for me.
So now the question becomes, what’s true for you? Does that work for you to sleep with multiple partners, having safe sex, and not communicate this with your partners? Does it work for you for them to do that to you? Or does it work for you to communicate about multiple sexual partners and how to have both safe sex and honoring journeys with these multiple partners?
What’s funny as I was dating multiple partners in the past, when I insisted we use a condom, some didn’t want to use a condom insisting I was the only one they were dating, yet I could clearly see from their online profile that they were quite active and so it weeded out the players from the committed. Others seem to desire me more knowing I was not exclusive making them want to get tested so that we could be exclusive sexual partners.
More recently after dating three gentlemen for about four months, I asked the universe to show me exactly who each partner was because frankly I was getting a little tired of juggling them all 🙂 It was a three night extravaganza of clarity that I wouldn’t miss from the universe 🙂
Man 1: crash and burn- he made me wrong for having vulnerable emotions like shame… Adios amigo!!
Man 2: crash and burn- he made me wrong for having more sexual partners in my life then he had, insinuating I was some type of whore…$&@& you dude!
Man 3: he was present, kind, generous and fun… And I chose him to become exclusive with.
Careful what you ask for! XO
Thus my support for you would be to keep it secret that you’re dating other people because it’s assumed in today’s dating world.
However, if you are having sexual intercourse with more than one person I would, of course, recommend you have safe sex, but I would also personally recommend you communicate that you’re not sexually exclusive with somebody before having protected sex with them. That’s just my way of going about it, not good or bad, right or wrong, just what I personally would appreciate before sleeping with somebody.
However, if it feels expansive and light and honoring in your heart to have safe protected sex with multiple partners without telling them, I honor your decision. And when you’re ready to get to know somebody exclusively, a really great way to let the others go with dignity and kindness is to say something along the lines of:
“I’ve truly enjoyed and savored the time we’ve spent together. I feel ultimately we are not a match and I wouldn’t want to be in the way of you finding that special someone as you are truly magnificent. Thank you for all the time that we’ve shared and I wish you the best on your relationship journey.”
Depending on how much time you spent together I would have this conversation on the phone or in person, I never think a text or email suffices when you shared time with somebody with the possibility of love. I know that takes a hell of a lot more courage than simply playing it safe, yet courage is impressive and honor is sexy… and I know you have it in you!
A great product I’ve created for preparing yourself for dating and turning dates into experiences she’ll never forget, is my Scoring a Relationship two book/ two audiobook program which I think would be a great fit for you to take your dating to the next level. 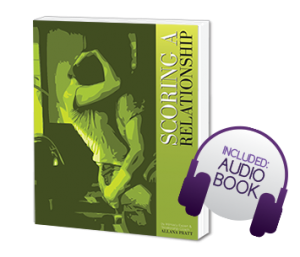 Bottom line, I love the nobility of your question and you seem like a great man and I wish you the best in finding a fabulous partner for a hot healthy long-term intimate relationship 🙂
Allana>