Ok, I think that was one of the feistiest interviews I’ve ever done!
Our fierce hearts sparred! Yet stayed connected. And softened. And grew in understanding, respect and tenderness.
Tien’s story is so rich, deep, painful, real… it was very intense. He went there with me, he’s a wizard yet also a dragon, tremendously brave with so much to share. I think I unknowingly offended him with my ignorance… the reason I wanted him on the show was because I AM ignorant and wanted to learn more about genders, on how to be a more compassionate honoring person.
So whew… I learned a lot.
I have no idea what it must have felt like to be him. It was tremendous to navigate and stay connected.
I am proud we stuck with it.
I am inspired by what he’s creating in the world.
I’m glad he’s here, that he’s choosing joy, and that he chooses happiness in the face of anything. AND that we’ve both been healed and supported by this amazing Sunshine Coast.
The land is magic, just like Tien is 😉 Enjoy.
p.s.Gentlemen…End the Fear of Rejection. Enjoy your “How To Be A Noble Badass” Complementary Training atwww.GetHerToSayYes.com
Ladies…Be irresistible. Feel sacred. Attract him now.Enjoy your “Vulnerability is the New Sexy” Complementary Training athttps://allanapratt.com/vulnerability 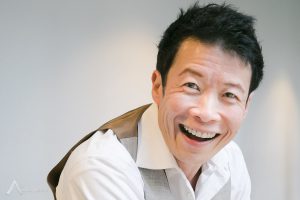 Tien Neo Eamas is YOUR Gender Guide. A thought leader, he was the first Asian Transman to transition in Vancouver BC, 2002 and experienced decades of homo/trans/gender phobia, hatred and discrimination, on top of institutionalised racism, immigration hardships, family abuse and financial losses. This culminated in a suicide attempt in 2009. Tien has transformed from being a victim to that of being a powerful creator. He expands humanity’s awareness, to Transcend Gender and attain a new realm of Freedom, Joy and Power. He is the creator of the How Not to be Stupid Around Trans People Program
You can learn more about what Tien has to offer here.