Talk about getting along like a house on fire!! Gary and I have SUCH similar points of view on the importance of dropping labels and instead dropping into feelings. His life path has led him to focus on what I believe the core essence of intimacy is all about. He focuses on feeling welcomed with joy, worth and nourished, cherished and protected, empowered with choice. Sound familiar? YES!
I love how he’s an eternal student of life, walks his talk, slows down to listen to his truth and asks WHO can this experience help me to become? We agree on so many ways to repair love and letting go of defensiveness… and also share the awareness that LOVE is lost in the little moments… so the importance of intimacy, making deep contact, truly listening and more… you will enjoy this interview and listen to it several times I imagine… xoxo
p.s.Gentlemen…End the Fear of Rejection. Enjoy your “How To Be A Noble Badass” Complementary Training atwww.GetHerToSayYes.com
Ladies…Be irresistible. Feel sacred. Attract him now.Enjoy your “Vulnerability is the New Sexy” Complementary Training athttps://allanapratt.com/vulnerability 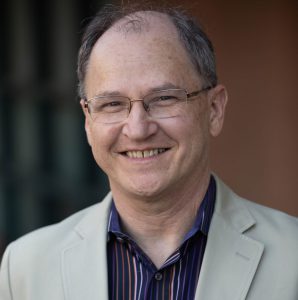 After Dr. Gary Salyer’s first divorce, he vowed that his next marriage would be different. So when his second marriage crumbled almost a decade later for nearly the same reasons he was devastated. He felt like an utter, complete failure.
But rather than give in, he was determined to find another way. He committed to not being that guy who bounced from marriage to marriage, never really learning anything. So he dedicated himself to doing the deep research about all things love. He read, researched, furthered his education in the field, talked to experts and to people he loved. Most of all he did the deep transformation work that unlocked his heart and released his soul to love as he had always imagined.
Love — and how to make it lasting – became his life’s highest calling—not just for himself, but others. In so doing, he has developed a powerful and effective methodology to make it “Safe to Love Again” for those who may have even given up hope.
Based on a field of study called Attachment Theory, the science of intimate relationships, Dr. Salyer’s insights have a profound and often times immediate impact. As a transformational relationship mentor, he helps people re-write the rules for love in their brains. He empowers singles to reclaim their rights for a full soulmate relationship. With couples, he helps resolve their conflicts and differences so they can have the love they dream about.
Because of his innovative new approach that rewires brains for secure love, singles and couples experience deep, lasting shifts that happen in easy, natural ways. Some therapists are saying his new approach will ‘change the way therapists do therapy.’
The author of Safe to Love Again: How to Release the Pain of Past Relationships and Create the Love You Deserve, Dr. Salyer also offers experiential, interactive programs through his Safe to Love Again™ Workshop, and Extraordinary Couples™ and Extraordinary Singles™ Retreats. He is also a highly sought after guest on various podcasts, TV and radio shows such as The Aware Show on Hay House Radio and Coast to Coast AM.