Devin is so clever, so hysterical, so grounded and heart centered. He made me howl in laughter with his stories of relationships past… and with how he met his beloved Morgana who he’s married 20 time on the way to 100 ceremonies in 100 countries. She’s pining for South America I hear!
We talked of what it take to make a relationship thrive AND be who you are AND navigate difference. We spoke of the power of ritual, of getting out of your head by being of service to others, that fear gets smaller as you lean in… and we talked lion roars… like 3 am in the South African bush with no fences roars… you’ll love this conversation and leave empowered, more centered and truly believing in Love. Enjoy xox 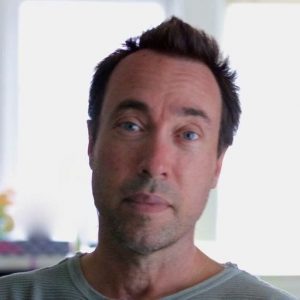 Devin Galaudet, as Editor-in-Chief of In The Know Traveler has visited 85 countries around the world. He is in the process of marrying his wife 100 times in 100 countries — 20 times in 15 countries so far. He has appeared on FOX, NBC, Reinvention Radio, among others. His writing can be seen the Huffington Post, TravelAge West, Two Hawks Quarterly, the Citron Review, Turkish Airlines: Skylife Magazine and others.
Devin’s memoir, 10,000 Miles with my Dead Father’s Ashes, will be available in bookstores everywhere September 18, 2018, which answer the question, what do you do when you lose your father’s ashes.