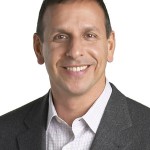 This Intimate Conversation Wayne provided so much fantastic insight to men, for men, and about men. Wayne understands the male dynamic in a way that is honestly impressive and intriguing. From his ability to relay his life experiences into the guidance that a man needs to make himself the best he can possibly be. If you missed this call don’t worry, just to tohttps://allanapratt.com/members. For more information about this series, or to sign up, go tohttps://allanapratt.com/conversations where you can get connected for free!

Wayne M. Levine, M.A. is the director of BetterMen Agoura Hills, CA where he coaches men to be the best men, fathers, husbands and leaders they can be. He also facilitates men’s groups, and created the BetterMen Retreats for men.
In addition, Wayne is the author of the best-selling “Hold On to Your N.U.T.s—The Relationship Manual for Men.”
Wayne’s interest in men’s issues began in the early ‘90s with his participation in men’s work activities. His experiences with men’s groups, as a participant, leader and program developer, taught Wayne to “father” men and to support them in making difficult and important changes in their lives. Over the years, his practice has expanded to support couples, young men and families.
Wayne earned his Master’s in Clinical Psychology from Antioch University/Los Angeles. Wayne also received his BA in journalism and graduated Magna Cum Laude and Phi Beta Kappa from the University of Southern California.
Wayne’s been married to his first and only wife, Ria, for 28 years and is the proud dad of Ph.D candidate Emma, college junior Austin, and the family’s menagerie of rescued and expensive animals. Wayne strives to be a better man, husband and father each day in Oak Park, CA.
To learn more about Wayne Levine, please go to: https://allanapratt.com/wayne.>