Whooo Baby! I’m feeling very cougar-y after my Intimate Conversation with the wonderfully open and optimistic Josh Lipovetsky! This amazing 20 year old is wise beyond his years and he has faced some pretty big challenges and obstacles in his life yet he is one of the most optimistic and vulnerable people I have met. How do we deal when life throws us curve balls? Do we get pissed off at the Universe or do we surrender and show up?

Josh was so kind with his compliments of how I was able to help him feel comfortable to talk about things he hadn’t ever talked about before. That’s what this show is all about—Inspiration, practical tools to start living the life you are meant to live, and a safe space let your vulnerability shine. 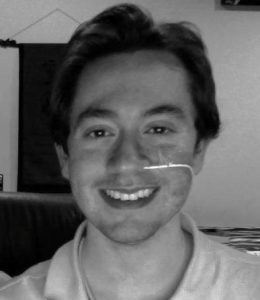 Josh Lipovetsky is a young man wise well beyond his 20 years. Although some of his maturity can certainly be attributed to the strength and courage he’s gained the last five years, most seems to come from a deeper understanding that transcends his health concerns.
Five years ago, at the age of 15, Josh was diagnosed with ulcerative colitis (UC), an inflammatory bowel disease. His condition and loss of blood was so severe in the first 7 months of his illness that he had a dozen or more blood transfusions. After being admitted to The Children’s Hospital of Philadelphia – where he spent as many as 140 total days in the period of a year and a half – Josh had surgery to remove his large intestine. While such a dramatic procedure would normally eliminate UC, Josh’s medical team discovered the condition had spread to his small intestine and taken the form of Crohn’s Disease, another painful, but separate, inflammatory bowel disease.
Today, Josh hasn’t had to visit the hospital for almost a year. Although his medical condition still requires constant monitoring and the use of a nasogastric tube – which provides his body with a 24-hour-a-day nutritional formula – he refuses to complain, and he approaches his life, and health, with absolute optimism.
“I believe in a life of service – a life of service to other people,” he says. “And I think that with my story I can help get through to people [that] life is what you make it. And optimism is the only way – the only way that I see for me.”
Josh’s commitment to a positive mental attitude is such a part of his life that he’s developed a website around his philosophy. Optimistic Wellness is a blog where he posts videos, reviews, musings, and his values on the benefits of optimism. The purpose of the website, he says, is to inspire others and to provide a place where positivity and thoughtfulness reign.
“The mission was to let people know that whatever illnesses or conditions [or] tough times that they’re facing in their life, there’s always a way around it,” he says. “And that way around it is completely done inside the mind. . . . If you can gradually change your mind you can live a much more enjoyable lifestyle and be happier [and] spread more positive energy into this world.”
A self-professed philosophy nerd and monkey-enthusiast, Josh lives each day with passion, eagerness, and an unbridled sense of gratitude. A young man leading by example, he continues to help others live their best lives, one attitude at a time.
“When you’re in an optimistic frame of mind, you can’t really feel pessimistic,” he says. “And likewise the other way around. I try to help people feel optimistic – be at the tip of the iceberg, the top of the mountain. It sounds cheesy, but it’s what I believe in.”>