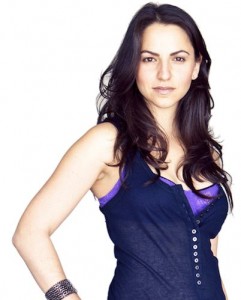 Marni Kinrys is the bomb. I KNEW I’d love her. She has amazing practical tools for men to meet women… and at the core we are aligned that it’s about being turned on by YOURSELF in life, its about knowing what you want. I revealed some small town Canadian experiences and how I’ve dissolved that to be more unspoken, great vulnerable sharing. Check out Marni’s insights into her marriage as well, really great tools for men to be authentic and confident.
If you weren’t able to make this call, sign up for instant access to Intimate Conversations LIVE and your very own dashboard at http://www.IntimateConversationsLIVE.com. And for those of you who already have more intimate affection, delicious confidence & badass lives from being a part of Allana’s show, log into your dashboard to hear it at https://allanapratt.com/members.
Marni Kinrys is the ultimate Wing Girl. A woman who puts her insider knowledge to good use for the betterment of all men
by telling them what women REALLY want, not what they say they want. Marni has worked with 100’s of thousands of men all over the world to help them understand women so they can attract, date, seduce and get any woman they want without being a jerk. Her method is based on the key principle of “You gotta turn yourself on first before any woman will ever be attracted to you”.
Over the past eight years, Marni has collaborated with the top male attraction experts; sharing expertise and advice to help men find their ideal partners. She fell into her current role as “wing girl” while watching her handsome, charming and successful male friends fail miserably while trying to hit on and pick up women. Marni says “I am a wing girl – a woman who
puts her insider knowledge to good use for the betterment of all men.”
As a client described it, “She is not giving “PICK UP” advice – she is just trying to get men to “get it.” Educated at University of Western Ontario (Canada) with a BA in psychology, Marni has been prominently featured in The Los Angeles Times, CNN, The Huffington Post, Fox News, The Chicago Tribune, Marie Claire, Elle, Men’s Health, BlackBook, Penthouse, Asylum.com,
Creative Loafing, AOL Personals, Askmen.com & more.
Marni is a contributing writer to Urban Male Magazine and a weekly guest on Rock 101 Radio in Boston, MA. She was most recently awarded “World’s Best Female Pick-Up Artist” from the World Pick Up Artist Summit in Hollywood, CA and awarded World’s Best Wing Girl at the 2010 Global Pick-Up Conference.
Marni is currently working on a scripted TV show, a reality TV show, and her book “Confessions From A Wing Girl” is
due out in April. This year she plans to take the information she has learned to help women.
To learn more about Marni Kinrys go to https://allanapratt.com/marnik/.>