If you are ready to feel renewed and energized, then you won’t want to wait another second to listen to my interview for this week on Intimate Conversations Live with John Wineland. To learn more about what John has to offer the universe, visithttps://allanapratt.com/john-wineland/.

You can learn more about John in his bio below: 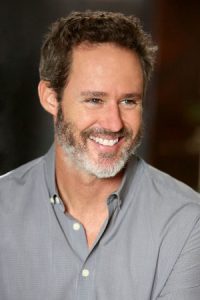 Known for his groundbreaking work with men, John travels world-wide teaching his vision of embodied men’s work and deep relational practice. In 2014, he founded The New Men’s Work Project, which has attracted men from around the world looking to develop as leaders in their relationships and communities. The Project is committed to the staggering goal of creating 1000 men’s groups world-wide in the next ten years and has already supported trainings and groups throughout Europe and the U.S. John’s clients include maverick entrepreneurs, leading thinkers in the world of personal development and entertainment, Ted speakers and creative leaders in Hollywood, who come to him for direction and clarity.

John has studied and assisted with some of the world’s leading spiritual, tantric and relational teachers. He brings this multi-faceted approach, which is both energetic and highly practical, to his workshops and experiential coaching sessions. John’s embodiment driven teaching draws from not only over 30 years experience of his own Buddhist meditative practice, but from the deep lineages of Vajrayana, Tantra, and Kundalini yoga; as well as the Taoist traditions of Iron Shirt Qi-Gong, to create a profound experience for men and women longing to express their deepest desires with open, fierce and loving hearts.
John is a frequent contributor to The Good Men Project, writing on spiritual and relational masculine practice. This year, John’s first book, The Art of Masculine Leadership will be offered by Make a Difference Press in late April.
He will also be traveling throughout Europe and the U.S. leading workshops on embodied men’s work and sexual intimacy. Specific offerings include: