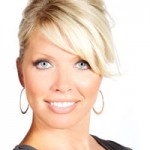 This week was so special and deserves a special message!
Crystal is honestly one of the most fabulous women I have met… and I’m NOT just saying that because she’s Canadian like me! She lives her work, we totally GET one another, she loved Intimacy IN To Me I SEE… and she shared her love of science like me in prooving the internal work we do with clients works on a physical energetic level.
She was GENEROUS in giving away a $297 product for free to YOU GLORIOUS PEEPS of the Intimate Conversation world… definitely check out her 21 day program to success… https://allanapratt.com/crystal AND we were moved at the end of the interview when she shared about a 2 hr. conversation she JUST had before the interview about a female global coalition of industrialized women to create impact to support our sisters without a voice on the planet.
Gave me shivers. You MUST listen.
Crystal rocks it!
As do YOU, huge love, Allana xoxoox
Don’t delay and listen to this recording! If you weren’t able to make this call sign up to hear it by going tohttps://allanapratt.com/members.


Crystal Andrus is a worldwide leader in the field of self-discovery and personal transformation. From a tough beginning—her parent’s divorce at age 12, continued sexual abuse from a family friend, moving on her own at 15, off and on homelessness for three years, marrying young, battling health scares and a huge weight gain, then a difficult divorce that left her almost bankrupt to becoming a single mother to her two young daughters—she has subsequently risen to become a best-selling author, international motivational speaker, women’s health advocate, spokesperson for Louise Hay’s line of supplements—Haylo Health and the Founder of The SWAT Institute.
Her first book Simply…Woman!: The 12-Week Total Transformation Program (January 2005) was a blockbuster success in 2005, coming in at number 14 as the Reader’s Choice at Chapters, Indigo, and Coles across Canada.
Her second book, Transcendent Beauty (March 2006) was another huge personal success that cracked open Crystal’s speaking and television calling. First seen weekly on CTV’s CanadaAM, she was then hired as the Life Coach and Nutritionist on the hit show, X-Weighted, seen on Slice in Canada, Discovery Health in the US, SBS Belgium (in Flemish!), SBS Netherlands (in Dutch), Television New Zealand, Foxtel Australia, British Sky Broadcasting (UK, Ireland, Isle of Man, Channel Islands).
Her third book, Simply…EMPOWERED! (March 1, 2010) was hailed as one of the year’s “must-reads”. Dr. Christiane Northrup says it is: “A complete guide to creating the life of your dreams” and Debbie Ford claims: “If you are ready to become the hero of your own life, this book will get you there!”
Touring with The Power Within and the I Can Do It Hay House Events has allowed Crystal to share the stage with some of the most influential people of our time—Dr. Phil, Louise Hay, Dr. Wayne Dyer, Marianne Williamson, Debbie Ford, Cheryl Richardson, Suze Orman, Dr. Christiane Northrup, Sarah Ferguson – the Duchess of York, among many many others.
Certified by the American College of Sports Medicine and the Canadian School of Natural Nutrition, she is the CEO and founder of Crystal Andrus Productions—a company dedicated to creating health & healing products, CDs, DVDs, retreats, and telecourses. She is the founder of The SWAT Institute (Simply Woman Accredited Trainer)—a global online coaching program for women, and she is the creator of The Simply… Woman Workout Club—Crystal’s private fitness facility.
To learn more about Crystal Andrus please go to:https://allanapratt.com/crystal/