Another glorious week, another inspiring interview on Intimate Conversations Live! This week, with the delicious Marvin James! Marvin is the author of ‘The Secret of Marriage; Do the Opposite of What I Did’ which has been described as, “A map for people who instead of going from point A to B, then C in a relationship, jumped from A to M, failed at M and went back to C.”
Failed in a relationship? Tired of reading steps about how to improve a relationship? Maybe you have given up on having a relationship due to failing time and again. Take a fearless look at your own life through the lens of Marvin James’s successes and failures. James wants to help you springboard from despair and failure to courage, liberation, and love. After three marriages, Marvin began to feel the sting of failure but realized that even though he had failed at marriage several times he still had experience and once he stopped being selfish he could inspire others to learn from his experiences.
If you missed the interview, don’t worry! You can download and listen to the replay by signing up (FREE!) at www.IntimateConversationsLive.com. Check out his book right HERE and make sure you take a look at his bio below: 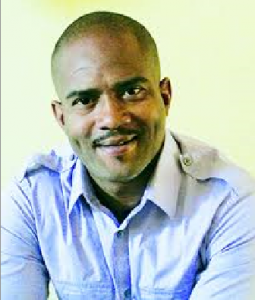 Marvin James is an independent substance abuse counselor, licensed with the Arizona Board of Behavioral Health. He received an Associate of Arts in Ministerial Studies. Marvin works as a crisis interventionist at an urgent psychiatric hospital. He lives in Phoenix, Arizona, with his wife, Genevieve.>