Wasn’t the interview amazing!? Isn’t he sensationally talented at motivating you to get a move on? Have you ever felt you were so down on your luck you could never get out of it? Derek gives you every piece of inspiration, empowerment, and juice needed to keep going and soar. He is exceptional. Check out his world…

You can take a look at his book, ‘The 10-Second Philosophy: A Practical Guide to Releasing Your Inner Genius’ athttps://allanapratt.com/derekmills

If you missed it, you can watch the replay at Intimate Conversations Live!

Also, make sure you check out Derek’s bio below! 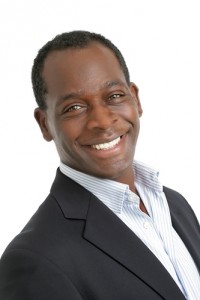 Derek Mills, who is the son of Jamaican immigrants to the UK. He grew up happily there with his six brothers and sisters, until, when he was 13; there was an unexpected death in the family. This plunged him into the world of a stutterer. He was silent most of the time and when encouraged to say something, he could barely form words.
After school and various menial jobs, Derek went into financial services as a
trainee. Throughout his 20s and 30s, far from being successful Derek had great
financial challenges and debt. He was working long hours that kept him away from his family and was depressed and really at the end of his rope. At one point, in 2003, his situation became dire, and his family home was moments away from being repossessed by the bank.
In a moment of despair, Derek discovered a way to live his life differently and even cured his stuttering. Out of this came a unique approach that changed everything, irrevocably. Over the next four years he turned his life and business around, made his first million and people began to ask him how he did it.
Derek is the author of ‘The 10 Second Philosophy®’ published by Hay House. Using the power of True Self and the utilization of Standards instead of goals to achieve happiness and success, Derek is invited to speak publicly and to coach and advise others. He speaks internationally and recently took the stage at the I Can Do It! Conference in San Diego along with such speakers as Dr. Wayne Dyer and Caroline Myss.>