This week on Intimate Conversations Live, I had the pleasure of talking with the phenomenal Peter Scott! He has completely transformed his life and brought us along his amazing journey. He is simply amazing.

I am always talking about showing up and being present in your life, and Peter is a star example of this! For more information, please visit https://allanapratt.com/peter-scott/.
You can learn more about Peter in his bio below. 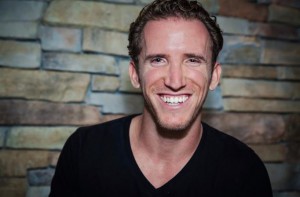 Peter Scott IV Bio Peter Scott IV is the Founder of the Fearless Life Academy and Author of the #1 Bestselling book, DzThe Fearless Mindsetdz. He is one of the top mindset mentors for high achieving entrepreneurs in the world.
Peter’s life was consumed by fear at a very young age, having to tell his Mother at 10 years old that she was no longer suitable to raise him because of her alcoholism. And later, having to watch his Father give up on life and drink himself to death.
Since then, he has dedicated his life to empowering entrepreneurs to overcoming the fears holding them back from making the impact and the income they desire.
Peter’s journey to success has been anything but a straight line. Starting his career in investment banking at a prestigious firm in Chicago, Peter soon realized that hewas miserable and completely disconnected from his life’s purpose.
After several years of investment banking and private equity experience, Peter left his job to launch his career in the personal development industry working for a Chicago based company called Lifebook. At Lifebook, Peter became the highest earning sales consultant in the history of the company.
Despite four successful years at Lifebook, Peter was being called to share his message with the world. So he left the security of his paycheck behind, moved from Chicago to San Diego, and launched his own coaching business.
Peter now mentors high achieving entrepreneurs to get fit in less time, double their income and become unstoppable.>